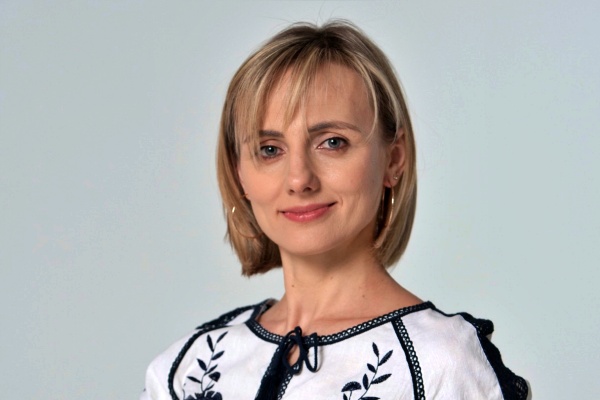 How do you organise when your country is invaded and your colleagues, your friends and your family are all in danger? Oksana Abboud from StreetNet International talks to us:

“Our life has stopped and we are living in the moment. We cannot plan anything, the uncertainty is the worst. This is about survival. But we have unity, and we have spirit.” Oksana Abboud is the International Coordinator for StreetNet International, the global organisation of committed informal traders, and an IFWEA affiliate. Oksana is from Ukraine – and is feeling first hand the effects of the brutal invasion of her country by Russia. Since 24 February 2022, Oksana and her colleagues, friends and family have endured a steady stream of missile and land attacks by Russian military forces. “It’s been more than 20 days so far, of the war – of violence and harassment and bombings, with hospitals, schools, apartment blocks and utilities infrastructure under constant bombardment,” says Oksana.

Reluctantly, she has moved to Turkey, which is a temporary shelter, largely due to her two daughters, aged 13 and seven. “I would want to be in Ukraine, fighting with my comrades – but it is very stressful and traumatic for my daughters, and dangerous. So I have brought them here, but my mother and father and brothers are still in Ukraine,” she explains. “We also don’t know yet where to go next and how, as we don’t have any refugee status here”.

Through a secure and trusted network, Oksana is able to liaise with StreetNet members and affiliates. “We still have electricity and strong internet, which makes it easier to communicate.  Our members are mainly street vendors and market vendors, and of course there is little or no possibility to work right now – and this is coming after the pandemic which badly affected informal workers,” says Oksana. “But we are sticking together. In the immediate aftermath of the invasion StreetNet President Lorraine Sibanda Ndlovu issued an official statement in support of Ukraine, and a crowdfunding campaign was launched. We are collecting funds to transfer to affiliates in Ukraine – we have some 20 000 members who represent different regions. Volunteers are helping with humanitarian aid, food, water and medical equipment.”

StreetNet also started communication on cooperation with the Italian Foundation called AVSI Foundation which can directly support our affiliate from Ukraine, VPPU.

It is not only StreetNet members and affiliates who are benefiting. “There are old people, sick people who we help. We communicate using safe groups – what people need assistance, where you can buy bread, these sorts of things. This concerns everyone – most people are workers, and we stand for unity and solidarity.”

There has been unification and support within the labour movement, for example the Confederation of Free Trade Unions of Ukraine (KVPU). “We notice huge sympathy and solidarity from others,” says Oksana.  But there has also been dissent. “The Federation of Independent Trade Unions of Russia (FNPR),  one of the biggest in the world, fully supports Putin’s action. And they are a member of ITUC, which has spoken out against the war,” says Oksana. “We would like to see them removed from ITUC.”

Oksana speaks with both pain and anger in her voice as she describes what is happening in Ukraine. “This is completely inhumane. We can’t believe it is happening. Small babies are being bombed, pregnant women are being attacked, families are killed in the streets – civilians are being purposely targeted. And in some areas people are trapped with no water or food. This is against all the ‘normal’ rules of engagement in a war,” says Oksana fiercely.

At the same time, people are uniting in astounding ways. “I have been amazed by our people. Each small village has a Territorial Defence Group – these are civilians, who are helping with security, patrolling, monitoring. There are civilians who are stopping tanks.  What they can, they do. I have such big respect for these heroes,” says Oksana.

While she understands the reluctance of the West to get actively involved, she does feel that Ukraine is taking on a huge burden by itself. “The truth is on our side – we are not attacking, we are just defending. We continue to believe in moral principles, even if Western countries are not really helping to protect our sky from the non-stop rocket attacks. We are fighting for Europe – if Putin invades here, he can invade anywhere,” says Oksana. “Ukraine is showing what freedom means, and what price we pay for it.”

Ultimately, she believes that people can make a big difference. “This concerns everyone. And yes, it can be scary to stand up. But what is happening in Ukraine is a crime against humanity – and a choice must be made,” says Oksana. “We are prepared to pay the price. And what doesn’t kill us, only makes us stronger.”