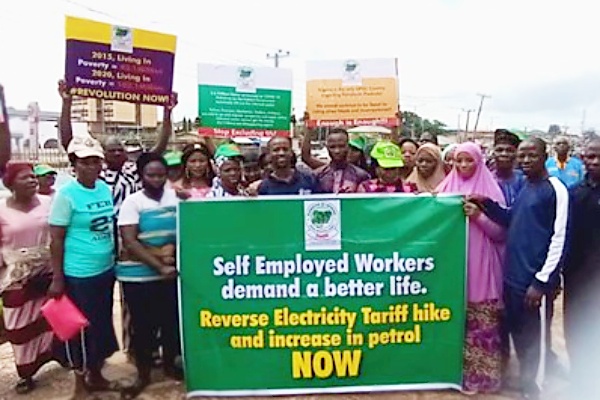 IFWEA affiliate StreetNet talks to Gbenga Komolafe, General Secretary of the  Federation of Informal Workers Organisation of Nigeria (FIWON) on their membership of over 700 community-based associations of informal economy workers from 27 Nigerian states.

FIWON was formed on 18 June 2010. It was the result of several years of efforts by activists to form a national platform that advocated for the contributions of informal economy workers to be recognised, respected and appreciated.

Gbenga himself has been involved in organising informal economy workers for almost twenty years. Back in the early 2000s, Gbenga was volunteering with the Nigeria Automobile Technician Association (NATA), when he heard about a research project focusing on informal and civil society. The organisation applied to be a part of the project and was successful. It was a great learning experience about how to do research on the informal economy, he says.

And so FIWON was launched at Abuja, Nigeria’s capital city. The first conference involved 24 organisations from all over the country. Today, FIWON has over 700 community-based associations of informal economy workers as members, from 27 Nigerian states.