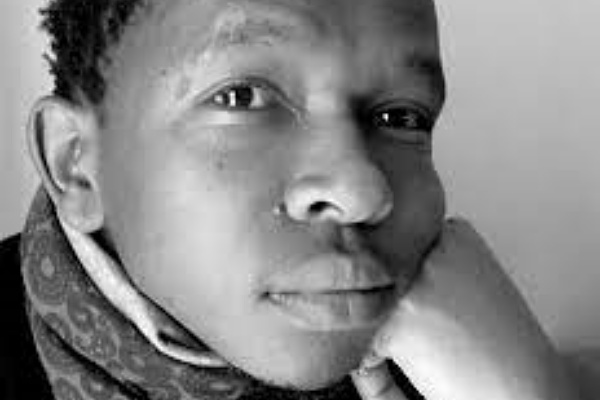 Siyabulela Mama works at the Centre for Post-School Education and Training (CIPSET), which is attached to the Nelson Mandela University in Gqeberha, South Africa. He’s a Community and Worker Educator, and has been with CIPSET since 2018. He is currently helping to co-ordinate the IFWEA study circle on Climate Change with activists in his community. They have been meeting for the past five months.

Siyabulela explains that he comes from an activist background, and has been involved with worker education and community education programmes for some time, which is what drew him to the IFWEA study circle. “Working with communities of the working class, we have been looking at the issue of climate change, especially as it relates to unemployment in my area,” he explains. “I am part of a Radical Educators Forum, where educators in unions come together to develop a curriculum and learn together. On weekends we do case handling. We have study groups gathered around the theme of unemployment – notably understanding the political economy of unemployment, and building a strong movement to fight against it.”

When a colleague introduced him to IFWEA Educator Renaldi Prinsloo, they looked at ways that they could partner around community group learnings. The themes of climate change and unemployment are closely linked, very specifically in Gqeberha and the Eastern Cape region, where there has been water scarcity for several years, as well as high unemployment.

“We have extreme drought in this area. Working class communities are being particularly affected due to issues such as leaks in the water system. But we are told there is not enough money in the municipal budget to employ people to fix these leaks. Right there, you have two problems merging – loss of water, and no job opportunities to address this,” says Siyabulela. “These are the issues we are facing.”

“I’ll give you an example,” he says. “In July, we organised and issued a written a statement about a community that has not had water in seven months. There are around 5000 people in the Chris Hani community. Sometimes a municipal water tanker may come to deliver water – 6000 litres a week. That’s about 1.2 litres per person. And it may come at 3am or 5am. If you are not awake, you miss your chance. No water. We want the Department of Water and Sanitation, plus the local municipality, to come and see this situation, but they have not, yet.

“The important thing is building a community voice regarding the water crisis. Within the study circle we have been reading on activist action, and an important aspect is media, and how you bring community voices into the media,” says Siyabulela. “We learnt that it helps to have an analytical view of the crisis. So within our group, there is a focus on how to concentise ourselves about the crisis. So we get articles together, read them, discuss them, analyse them, and get to understand what is happening, what we can do as community activists.”

The study circle is made up of members of social movements and worker organisations including the Eastern Cape Environmental Forum, the Amandla Collective, and the SA Federation of Trade Unions. The action they plan for this year is to partner with other social movements and unionists to push back against Day Zero (the day when all the water taps in the area run dry).

Linking the water crisis to the global ecological crisis

While Siyabulela says the study circle methodology fits well with the CIPSET Worker and Community Education programme, there are a few challenges, the primary one being resources, particularly bus fare/transport costs. The circle meets face-to-face once a week, but “sometimes study circle participants do not have access to transport cost, which affects the consistency of the group”, Siyabulela explains.

But there is much that aligns with the community work being done in the area. “We planned a meeting about boreholes – which are controversial. You need to know about the ground water, the consistency of the soil, whether you can drink the water, to know if a borehole is safe to pursue. So we invited a person who is doing research on this, so they could share their knowledge with the group. We could then look at the advantages and disadvantages of boreholes, and have a discussion on how to build an informed stance,” says Siyabulela.

Ultimately, Siyabulela says the study circle helps to understand how their water crisis is linked directly to the global ecological crisis – and to issues such as unemployment and poverty.