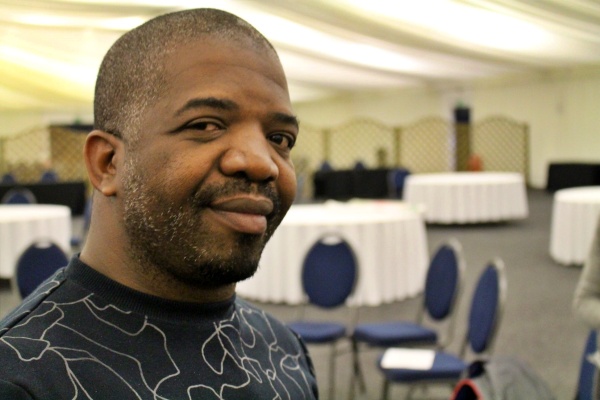 The aim of the project was to raise awareness around and promote the welfare of employees in Zimbabwe. This was to be done using theatre and other communication strategies to promote education and stimulate dialogue in ten targeted workplace communities.

Issues that were to be discussed included health and safety, gender empowerment and gender based violence prevention. Jasen Mphepo, who is the Executive Director of Patsime Trust, spoke to us about the project – and about a few surprises they encountered on the way:

Tell us a bit more about the project?

It was presented on farms and in companies in and outside of Harare, and entailed social impact industrial theatre. In terms of the companies, we targeted blue collar employees. The format would be that we would do edutaining performances, and then have post-performance discussions with employees. We looked at workers’ rights such as ensuring workers are paid fairly, and also how to engage with employers in meaningful conversations around fair conditions and payment.

For farms, we initially targeted farm workers employed on specific farms that we had selected. But after two performances, we were encouraged to make contact with the compounds around the farms. These compounds house seasonal and informal workers – many of them do the same work as the permanently employed workers, but on a temporary or seasonal basis. So they have the same, or even more, issues to address.

In fact, fulltime workers with permanent contracts are often aware of their rights – and they have them on paper. Seasonal workers are more vulnerable to exploitation, low pay, unsafe conditions of work with a lack of proper equipment or clothing. These are the people we educated about their rights, and encouraged to stand up for their rights. We talked about not remaining silent, but to take action – particularly in cases of sexual harassment and exploitation.

Did you have set goals, in terms of how many people to reach?

The initial plan was to go into the selected  farms in a controlled environment. We have policies in place, for safety, communication etc. But because we were informed by the farm managers that there was a greater need to reach out to the people in the compound, we ended up with huge crowds. We did six roadshows in three compounds, each reaching around 1500 people at a time!

How did this affect your planning?

One thing that was unexpected was that the people we were talking asked why don’t we bring the services to them (such as health and legal services)? So we engaged with CESHAAR, to provide mobile clinic services (especially for single mothers and commercial sex workers). This increase in demand was unexpected, but we can work with this in future. The uptake was really good. WE also got the police involved, to talk about how to report cases (especially concerning exploitation and rape), and which channels to take, when such things happen.

To be honest, this was all really, really amazing for us, and something we want to continue doing.

How big is your team, and what do they do?

For this project, we had a team of four actors. We also have a DJ who controls the PA system and plays music, and a driver – so six people. When we set up, we play music to draw the people. We get them to come on stage, maybe recite a poem, or dance. If we have materials, we’ll hand out caps or T-shirts. Once we have a big enough crowd, we do our performance, then hold discussions, and direct people to services if needed.

What worked – and what didn’t work?

We reached the right target groups, especially in the compounds. There is a great need, and we were able to help. What was more of a challenge was working in “uncontrolled” environments, where some people may attempt to “hijack” the proceedings from apolitical perspective. IN future, we would engage with community leaders before an event to prevent any potential “hijacking” scenarios.

Another lesson we learnt is that it is tricky to do evaluations in an uncontrolled environment. We want to be able to identify people to whom we can give forms to fill – so that there is an evaluation before an event, to see levels of information; and then again after the event, to see any knowledge benefits or gains. We’re still in the planning phases, trying things as we go along.

We really want to do this again – there is a dearth of dissemination of information, especially on the farms and compounds. People loved the entertainment, and also got the value of education out of it. The whole experience was really interesting, and showed there is a real need for this.

We actually are planning something soon: during the Covid lockdowns, we made several films. We are going to show these films in a series of outdoor screenings to these communities in the compounds. It’ll be over three days, and I am really excited to see how this goes!