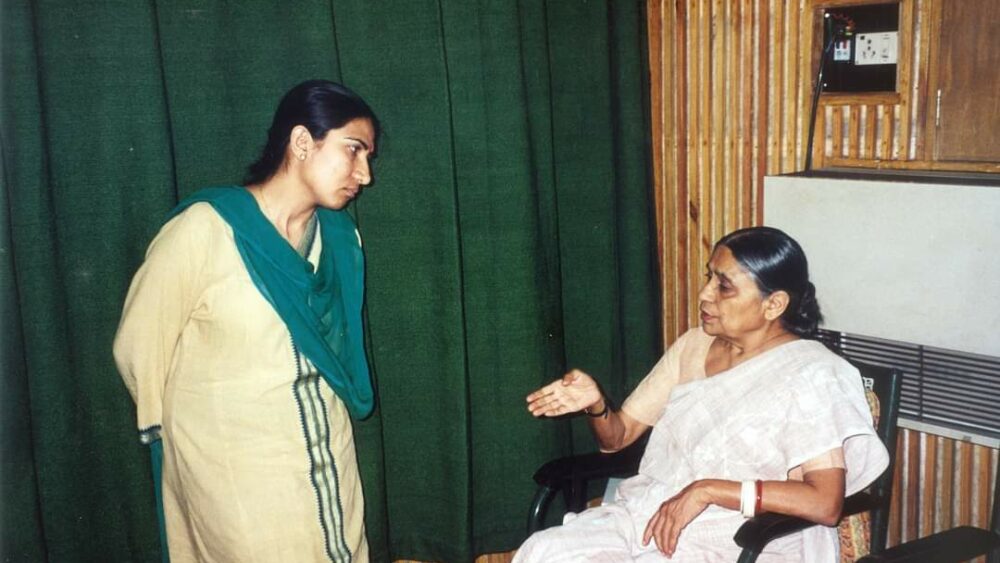 Ela Ramesh Bhatt, founder of Self Employed Women’s Association (SEWA) in India and a pioneer in advocating for women workers’ rights, passed away on 2 November 2022, aged 89.

Elaben, as she was affectionately known, was an organiser, activist and Gandhian who founded SEWA in 1972, and served as its General Secretary from 1972 to 1996. A lawyer by training, Elaben won several national and international awards for her work with women and the micro-finance movements. She was also one of The Elders, an independent group of global leaders working together for peace and human rights, brought together by Nelson Mandela in 2007.

IFWEA affiliate The Indian Academy for Self-Employed Women (IASEW), popularly known as the SEWA Academy, says Elaben was a “beacon of hope for the 2.1 million members whose lives she touched and altered forever over the last five decades”.

“She started with one generation of workers, the poorest of the poor, the marginalised, and the exploited and taught them to stand up for themselves, to dream and to have aspirations to fulfill that dream. She was a visionary, ahead of her time- she dared to dream to educate these women and have a university for them.

Thus began the IASEW in 1992, a place which trained, educated and engaged grassroots workers – ultimately generations of women. She worked to break the digital divide and envisioned an empowered world where technology would be in the hands of the poor and the non- literates, giving them their voice and visibility denied to them so far.

She envisioned a wholistic education for all these women to offer them job security, income security and dignity as workers. IASEW, under her leadership, worked relentlessly to share the values, wisdom and the struggles of these women with the world and pass it on to future generations.”

Namrata Bali, IFWEA Vice-President and Director of SEWA, says: “Elaben was a visionary and a leader, who believed to make a leader out of every woman. She believed that without women’s participation, poverty could never be removed. Ben, as I would often call her, had very simple ways of teaching. She often said simplicity was a virtue that could solve many things. My spiritual journey of understanding the lives of our members, started with her mentorship. Every sitting with her, was a learning experience. She also encouraged those who were privileged with knowledge, to come and work with SEWA members.”

Elaben herself is quoted as saying: “Out of all virtues simplicity is my most favourite virtue. So much so that I tend to believe that simplicity can solve most of the problems, personal as well as the world problems. If the life approach is simple, one need not lie so frequently, nor quarrel nor steal, nor envy, anger, abuse, kill. Everyone will have enough and plenty so need not hoard, speculate, gamble, hate. When character is beautiful, you are beautiful. That is the beauty of simplicity.”

Professor Sue Schurman, President of IFWEA, says: “This month we lost one of the world’s greatest labour and women’s rights leaders. Ela Bhatt founded the Self Employed Women’s Association (SEWA) in India – an extraordinary organisation that paved the way for so many workers in the ‘informal’ economy to form new types of  labour organisations so that workers without employers could form new kinds of unions.  She was an inspiration to so many of us and helped us to think beyond the forms of union organising we had been taught.”

According to the IASEW” “Now fifty years since the SEWA movement, three generations of women workers stand united. The quintessential essence of inclusivity is what Elaben taught us through her organisation and her warmth for each and every member. “Hum Sab Ek Hain” (We are One) is the clarion cry of these women which fills the air now as always and Elaben remains an inspiration to the 2 million members who sing in unison. Elaben you are not gone. You can never be gone. While we dare to dream and aspire you will always be there to lead.”

You can see more tributes to Ela Ramesh Bhatt on the IASEW Facebook page here.