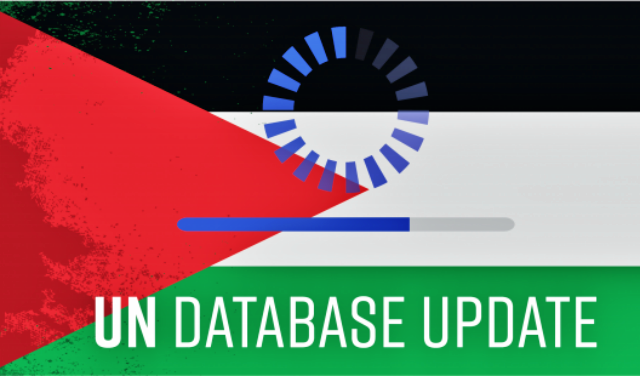 The ITUC has launched a petition calling on the United Nations human rights chief to urgently update the two-year-old database of companies operating illegally in Israeli settlements on Palestinian land.

In February 2020, the UN Human Rights Office published the database of enterprises.  It was welcomed for exposing the companies that, directly and indirectly, have enabled, facilitated and profited from the construction and growth of the settlements. But the database is out of date and urgently needs updating, in line with the original resolution and to help end corporate complicity in the occupation.

The UN Human Rights Council is meeting from 28 February until 25 March 2022, and the ITUC is demanding that the database be top of the agenda.

“Too important to gather dust”

“This database is too important to be left to gather dust. The UN says it is for exposing the companies that, directly and indirectly, have enabled, facilitated and profited from the construction and growth of the illegal settlements,” says ITUC General Secretary Sharan Burrow.

“But there are companies that can be removed from the list because they have stopped working in the illegal settlements and other companies that should be added. It is in no one’s interest to leave the database out of date. Please sign the petition because keeping the database current creates an incentive and deterrent against engaging with Israel’s illegal settlement industry,” added Sharan Burrow.

Israel has built tens of thousands of homes on Palestinian land in defiance of international law, and businesses operating inside them are essential to the illegal settlements’ continued existence.

Over 2600 people have already signed the petition. Add your name here