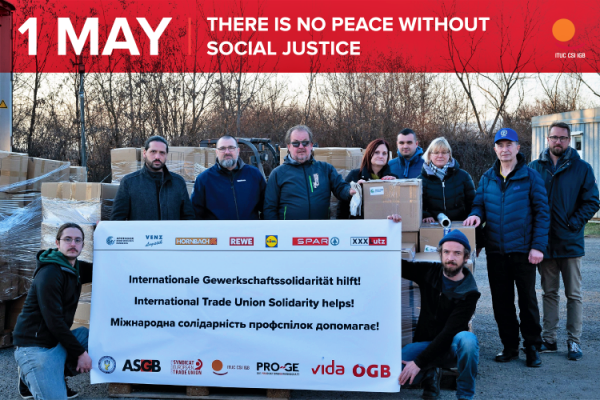 “With Russia’s illegal and brutal invasion of Ukraine, armed conflicts are being fought in every region of the world. Some 60 conflicts are happening now, with millions of victims. Hundreds of thousands of lives have been lost in Tigray and Yemen alone.

In recent years, 25 million people have been forced to become refugees outside their home country, and tens of millions more are displaced internally, the vast majority of them in less wealthy countries.

At a time when global tensions, exacerbated by Putin’s war, are high, trade unions, as the largest democratic and representative force on earth, are in the forefront of defending democracy, ensuring rights, avoiding armed conflicts and overcoming the devastating impacts of war on people’s lives. On this May Day 2022, we reaffirm our commitment to peace and to the social justice required to ensure it. This must be built on the foundations of the new social contract – jobs, rights, wages, social protection, equality and inclusion.” Read more