Social Contracts and Informal Workers in the Global South 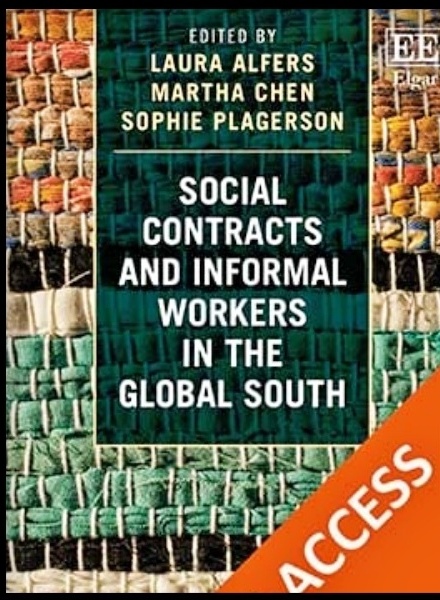 TITLE: Social Contracts and Informal Workers in the Global South

WHO IS THIS FOR: The Covid-19 pandemic exposed and exacerbated pre-existing inequalities and injustices, the attendant economic crisis disproportionately impacting workers in the informal economy, who make up over 60% of the world’s workers. The fallout has reinforced prior calls for the need for a new social contract – one which accounts for the reality of widespread informal employment. But what does that really mean?

In this volume the editors and contributors seek to answer this question by integrating social contract theory with the experiences of organisations of informal workers in the Global South. Instead of ideologically driven ‘top-down’ calls to revitalise the social contract, it advocates for ‘bottom-up’ initiatives focused on the demands of the working poor in the informal economy, and outlines a vision for a social contract grounded in this reality. Study circles, labour academics and activists and those working with the informal sector will find this useful.