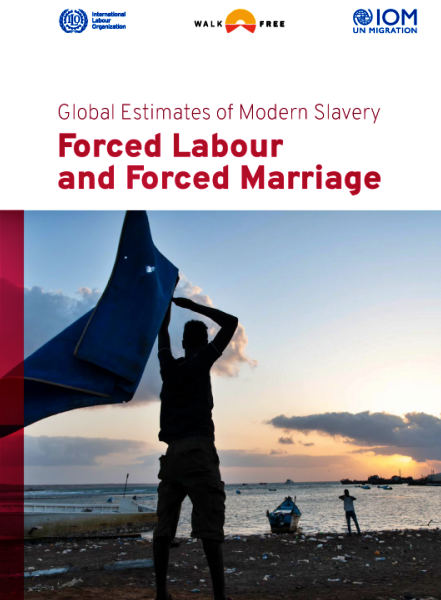 WHO IS THIS FOR: Modern slavery is the very antithesis of social justice and sustainable development. The 2021 Global Estimates indicate there are 50 million people in situations of modern slavery on any given day, either forced to work against their will or in a marriage that they were forced into. This number translates to nearly one of every 150 people in the world. It is urgent that the global community gathers the will and resources to overcome these obstacles and get progress towards ending modern slavery back on track. Reliable information and statistics on forced labour, forced marriage, and human trafficking are critical to promoting awareness and understanding of the problem, and to informing policy responses. It is hoped that the findings presented in this report will encourage further research and data collection efforts focused on the national and local dimensions of all forms of modern slavery. Study circle and activist groups on gender and work will find this publication useful.