A Just Transition for the Global South 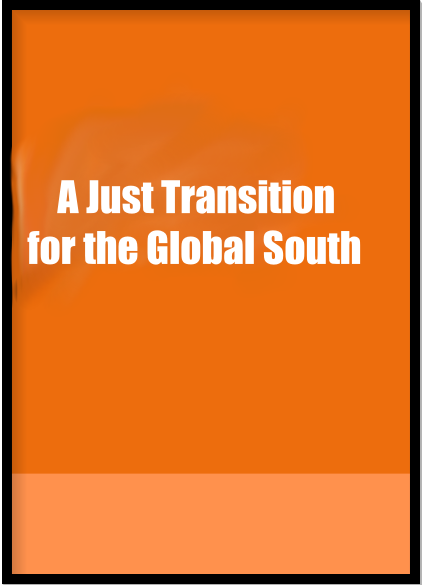 TITLE: A Just Transition for the Global South

WHO IS THIS FOR: In this study, leaders and activists in both the Global South and North reflect on the question: “How can movement-building and alliances, citizens’ voices and social inclusion influence national policy, action and popular support for Just Transition? And what is needed to optimise the capacity of those involved?”

The study is intended to inform support and learning for a Just Transition in the Global South. The Philippines and South Africa are the two focus countries. Both face severe difficulties in transitioning away from fossil fuels, as well as with the impacts of the climate crisis. Twenty respondents from trade unions, civil society, academia and political parties in these countries were interviewed, along with labour support organisations in the Global North. Political activists, trade union leaders, youth leaders and study circles, particularly those working on climate change and a just transition, will find this useful.

Download here
A Just Transition for the Global South