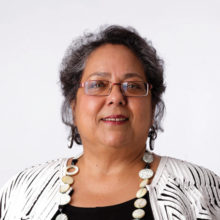 I am 63 years old and have been working full time since I matriculated at 16 years, studying mostly part-time or by correspondence. I have studied politics and have an M.A. from Liverpool University in the UK, as well as a diploma in library science and an adult workplace learning certificate. I am an autodidact and have a lasting love, respect and allegiance for informal learning spaces, individual and group, specifically public libraries, more recently, online resources. I appreciate and value the learning which occurs in social, cultural and workplace associational spaces. I worked as a public librarian for the first decade and a half of my working life. I developed an internal training programme for rural and urban librarians and formed and developed a youth drama group in my community. Half way through my tenure as a municipal librarian I became the trade union representative for the libraries, amenities and cemeteries sector of the municipal union, which initiated my lifelong commitment and service to the labour movement. I began working at the Trade Union Library in 1990, and spent the next 17 years doing information provision, research and education for trade unions and developing programmes, projects and publications for what is now the Labour Research Service, before taking on the position as IFWEA General Secretary in December 2007.

I joined the IFWEA Executive Committee in 1996 and was elected General Secretary of IFWEA at the 20th General Conference (GC) held in Ahmadabad, India in 2007. I stood again for elections in 2011 at the 21st GC and again at the 22nd GC in 2015.

I am standing again because I feel my work is not yet done. Since first being elected in 2007, I have been privileged to work with a highly dedicated group of people on the IFWEA Executive Committee, who have provided the motivation and encouragement required to acquire sufficient resources and build a small but dynamic Secretariat and a solid programmatic platform for IFWEA.

With my fellow staff members in the Secretariat, my regard for the organisations who make up the membership of IFWEA has grown exponentially as our programme work has expanded. I am continuously inspired by the resilience, dedication of service, comradeship and respect of IFWEA members for one another and for the worker associations and trade unions they support and build. Together we will make the change which is required. I believe this implicitly.

Now that we have an active membership and are crafting a responsive, participatory global programme for the next four years, I would like to dedicate myself to seek out and bring in a new layer of global leadership into IFWEA to secure our place in the future global labour movement. I commit to spend the next term, my last, securing IFWEA’s sustainability and my own succession as General Secretary.